Deep Space Maine (DSM) is an off-grid network of scifi-pods that invite participants to contribute to telling the story of the Anthropocene. DSM is a collaboration between Detroit-based architect Aaron Jones’s experiential, narrative design practice, and Maine-based artists Leila Nadir and Cary Adams socially engaged, environmental art. Experimental, cylindrical, aerospace dwellings, located in the wilderness landscape of rural Maine, immerse visitors in the uncanny sense they’ve been sent to a space lab, or crash-landed, on a strange planet. This strategy of “planetary estrangement,” employed by science fiction to renew awareness of the earth, is adapted architecturally to reboot perception of, and thinking about, the uncharted terrain of life in the Anthropocene.  Maine artists and creatives are invited to live in the pods during one week stays, host public tours and workshops, and produce DSM-inspired creative works responding to the challenge of world-building for an unimaginable future. 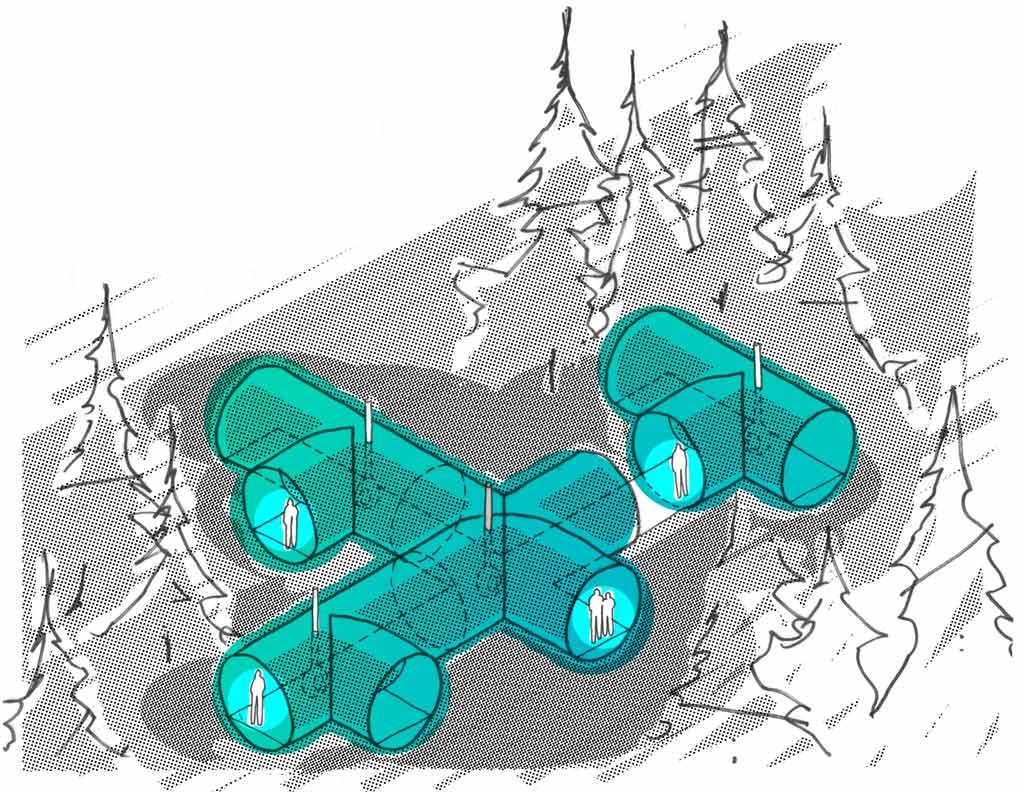 Pods are modeled simultaneously on the aesthetic form of NASA’s 1970s Skylab space station and on “barrel sauna” designs in a unique sustainable vision of future-primitive architecture. This building system facilitates efficient interior space, limited construction detailing, and ease of assembly, qualities consistent with local styles and the experimental history of building design in the Maine woods. DSM is an act of local economy while simultaneously suggesting intergalactic exploration. 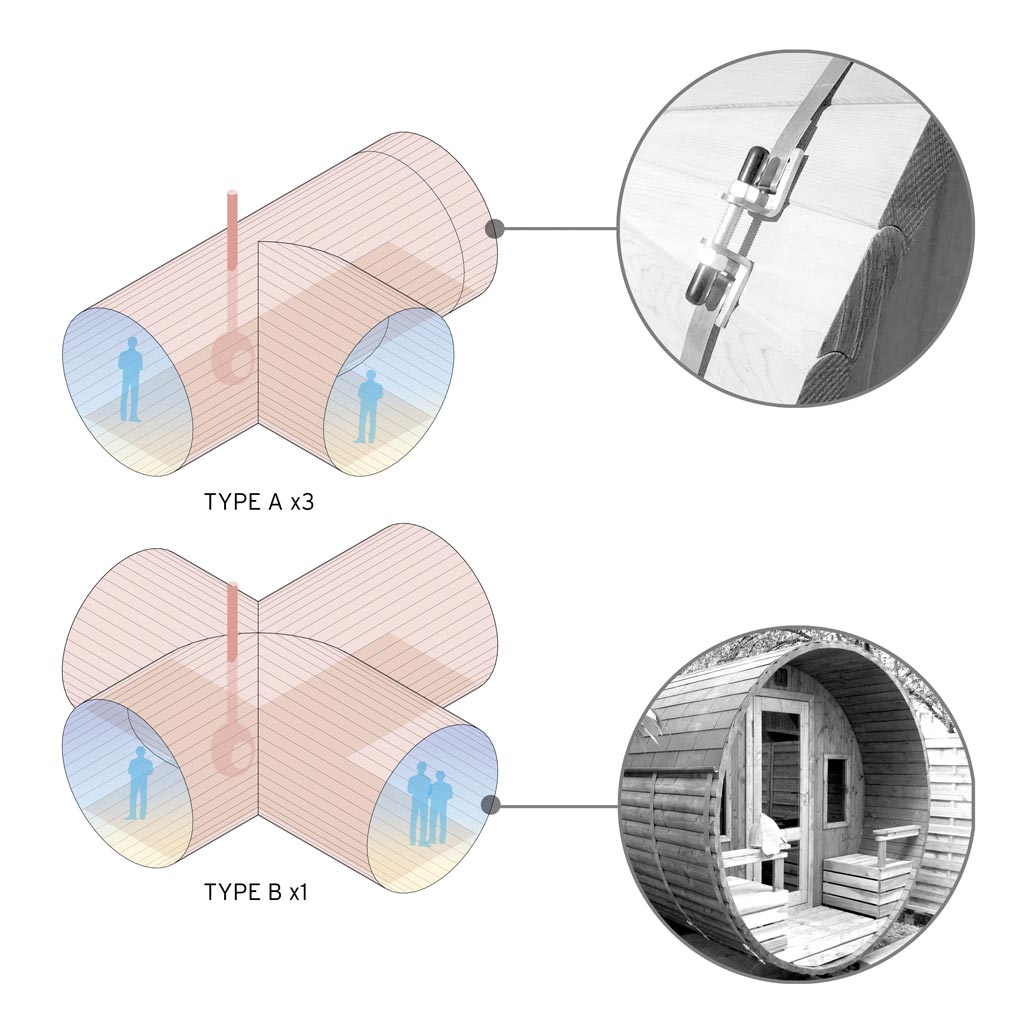 DSM inspires new works from participating residents and encourages them to present, discuss, and engage the public about their experiences and how the architecture influences perceptions about living on an increasingly strange planet in a time of human-accelerated geologic change. Open-house tours provide time for meditative wonder and wandering and for public discussions that emphasize how the scifi-influenced structures interact with local ecology to reignite wonder and consideration of planet at the tipping point of climate change. DSM is a timely project of critical significance that furthers imaginative response at a moment when global citizens are being short-changed by climate-denying, corporate-funded governments promoting status-quos privileging profit over sustainability. 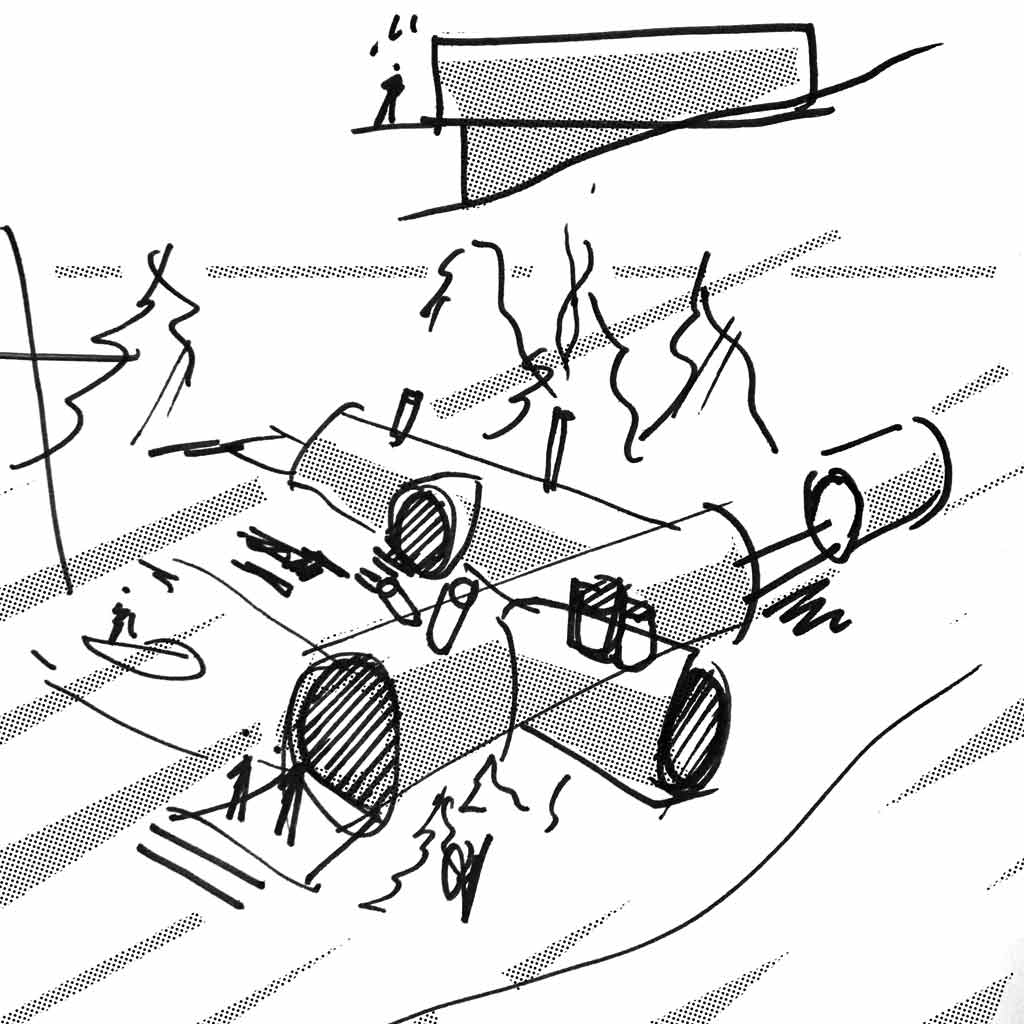